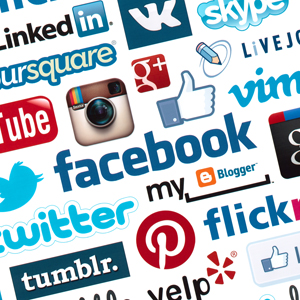 As real life becomes more entwined with a virtual one, social media is increasingly becoming an important part of a company or brand’s interaction with the consumer. Today, more and more people are searching for a company’s Twitter handles and Facebook pages to engage with the brand. Further, these platforms are also regularly used by customers voicing their complaints or concerns which make it important for companies to be on top of their game.

Recent incidents in New Zealand and the United Kingdom highlight the importance of a social media company handling customer interactions in real-time, even late at night. Recently an American tourist David Wills found himself locked inside a Waterstones bookshop in London. It was late at night and after several failed attempts to get out, he tweeted “I’ve been locked inside of your Trafalgar Square bookstore for 2 hours now. Please let me out” which was retweeted and supported by many users. After being set free two hours later, at 12:15 am Waterstones Twitter account tweeted “We’re pleased to announce that David Wills is a free man once more. Thanks for your concern and tweets!” If someone at Waterstones did not notice it or left it until the next day, things could have gotten a lot worse.

Hiring a social media company can also help you find out if a marketing campaign is working fairly quickly. In New Zealand, the brand Sealord ran an advertising campaign which featured Heidi Montag, a US reality TV star. There was a backlash on social media with customers voicing their concerns over the use of a pseudo celebrity from overseas. As customers put it, the brand was marketing “real fish” with a “plastic” celebrity. Sealord paid attention and took the advertisements off the air and responded to their customer base on Facebook by posting “We heard you NZ! You told us that you loved our REAL fish but not Heidi Montag. So, we listened and changed our TV Ad to star only REAL people.” This story caught on with the international media and was widely reported on media outlets like the Daily Mail and MTV.

These incidents demonstrate that social media can put some pressure on companies when things go wrong as people go to sites like Twitter and Facebook to complain about goods and services. These individuals also expect an immediate response from the company making it important to stay on top of what is being said on their social media pages. Not dealing with complaints right away can have an enormous impact on sales and should never be ignored.

Why is Social Media Important?

Social media is important as the public wants to see that the person who is complaining is heard. For the most part a simple explanation is all that is required and as a result the matter can be closed. This in turn can have a positive impact on the brand as the audience can see that a company cares about the customers. Having a social media company can ensure that someone is always monitoringthe company’s social media pages and responding to the customers quickly. On occasions where things get out of hand, a greater effort must be made to resolve the issue to ensure that the brand’s reputation doesn’t get tarnished. For example, Sealord’s decision to replace the advertisement was a strong and positive statement and showed that the company heard the negative response and dealt with it immediately. Since the advertisement was taken down, several customers came back to the Facebook page to publicly express their satisfaction. This is an example of social media being used correctly no matter how bad the situation may have become.

All this points to the fact that social media is a powerful tool that needs to be managed carefully. All activities and messages communicated should always be in line with the brand’s values. These interactions with the consumers will provide valuable insights into customers’ opinions and habits. Social media agencies ensure that communication is maintained with customers regardless of whether the feedback is positive or negative.

Just about any company in the UK wants to have a meaningful presence on the Internet, if they don’t have one already. Many companies…