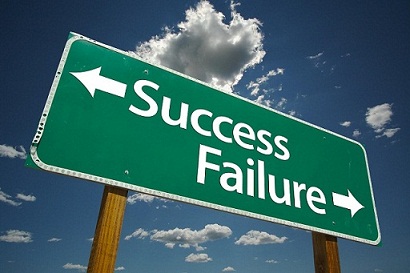 Perhaps the only thing that all smaller and newer businesses across the UK have in common is the way in which they are all striving for growth and expansion. It is only by establishing a footing in any given industry that a business has the chance to grow from a shaky fledgling enterprise to one that is safe and profitable for the long-term – a gap that can be difficult to traverse to say the least.

The trouble is, most are inherently doomed to fail long before stepping into the big leagues, while those that do make it will for the most part make mistakes along the way to stunt their growth. On a positive note however, enough lessons have been learned over the years to produce something of a trial and error encyclopaedia of what to do and not do when chasing success and growth.

With this in mind, here are just a few of the most damaging and growth-stunting financial moves a small business can take:

Those in the business world are always advised not to count their money before it is literally in the bank, though this seems to be commonly ignored when it comes to shelling out for labour. Regardless of all the optimism in the world, taking on an abundance of staff prior to the money actually being there to comfortably pay them is a very, very bad idea.

Borrowing for the Sake of It

As soon as any business officially comes into existence, the tendency is for the banks and creditors of the land to start offering a ridiculous array of loans and financial products that seem to come with few to no drawbacks. As such, the temptation to take on as many as possible just for the sake of it is huge, but never forget that banks never have and never will offer services and products for YOUR benefit – they are out to make money and nothing else. Take their tips on direct debit softwareby all means, but when it comes to loans and credit, draw the line at what you actually need.

Few will ever deliberately avoid paying their taxes as and when necessary, but comparatively few also manage to get things right and by the deadline. What’s more, don’t expect to be playfully and helpfully chased up and reminded – chances are all will seem as it should be until a massive bill or court summons arrives.

The temptation to generate as many early sales as possible can often take over as the only matter of consideration, leading to a lack of thought as to actually making a profit in return. Profit margins should be established and stuck to in the early days at least, as offering a price too low to keep up with and summarily bumping it up over the odds will curry no favour whatsoever.

Following on from the above, don’t get into the habit of offering lines of credit to customers until the business is officially in profit – the last thing you need is more money flying around parts unknown when there’s nothing coming in.

Last but not least, most common mistakes can be rectified with ease with the help of professionals like accountancy firms, financial advisors or even the best school runbookkeeping services London has to offer. More often than not, trying to go it alone and grasp the intricacies of SEPA Payments in the early days can see focus led astray and business suffering as a result – never overlook the importance and value of a trained mind.

Ryan Wellings is an IT professional with extensive experience in both direct debit software creation and full-scale business accountancy. He currently owns and operates two businesses in the South West of the UK, including an online portal designed to match firms in the capital up with the most appropriate bookkeeping services London has to offer.

Railroads have played an important part in the development of North America as well as changing the landscape. Cities were able to grow as…