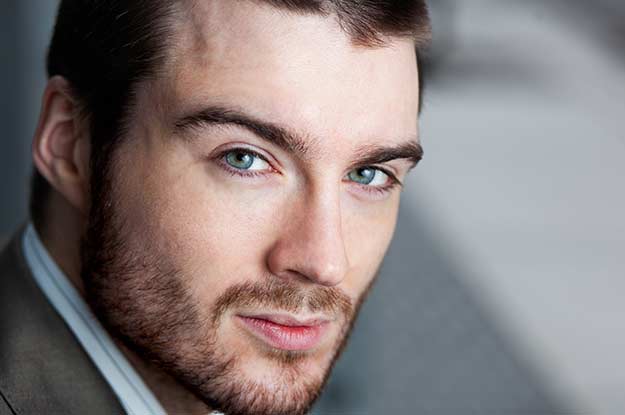 With the internet providing a dizzying array of ways for people to make money – often without ever having to leave their house – self-employment and entrepreneurialism seems like a more viable option for younger generations that it has ever been in previous years. Increased globalization and opening up of previously guarded markets has meant that making money on your own is increasingly possible, and as a result the number of start-ups and young entrepreneurs has never been higher.

Despite this however, self-employment is still something of a risk, particularly in comparison to the traditional route of a steady, full-time job with a fixed salary. Young companies close every day, and entrepreneurs are always looking for any advantage or way to get ahead of their competition.

One slightly left-field approach to becoming more successful – and you’ll have to bear with me slightly on this one – is to consider growing a beard. Look through the list of successful modern entrepreneurs and you’ll find an incredibly high proportion of beards and other facial hair, from Richard Branson to Steve Jobs, it would seem that beards are particularly popular among successful entrepreneurs. But is this simply a coincidence? After all, 52% of men in the UK have some sort of beard, so it would seem likely that a similar percentage of entrepreneurs would have them too.

But then corporate business is more likely to welcome those who are clean shaven and wearing a suit and tie than a bearded guy in jeans and a t-shirt, so why would there be such a high proportion of bearded entrepreneurs?

One answer may lie in the fact that business has changed so dramatically since the introduction of the Internet, meaning many businessmen aren’t particularly corporate – in fact they often deliberately stay away from the image of the classic corporation. In this regard beards are somewhat rebellious and anti-establishment, making them an ideal choice for the disruptive entrepreneur.

But it’s likely that there’s more to it than that. In the hugely competitive world of business entrepreneurs are always looking for an edge, and beards have the connotations of being an ‘alpha male’, and often bring with them respect and admiration. In many cultures around the world the beard is a sign of manliness or of wisdom, and it is these kinds of positive connotations that can be incredibly helpful for a CEO.

Similarly, many modern entrepreneurs are quite young, and beards add the impression of age and experience, hugely useful if you’re young but looking to be taken seriously.

Whatever the real reasons for the popularity of beards among modern entrepreneurs, there’s no doubt that male CEOs in the modern age are far more likely to have a beard than their traditionally employed counterparts, and the number of successful entrepreneurs with a beard shows that there must be something there. So if you’re just starting out with a new business, perhaps it’s time to put down the razor.

Business Ideas to Try to Increase Income This 2016

For decades, business trends continually evolve to cater people’s need. New ideas sprout that could either be a success or a failure. A person…